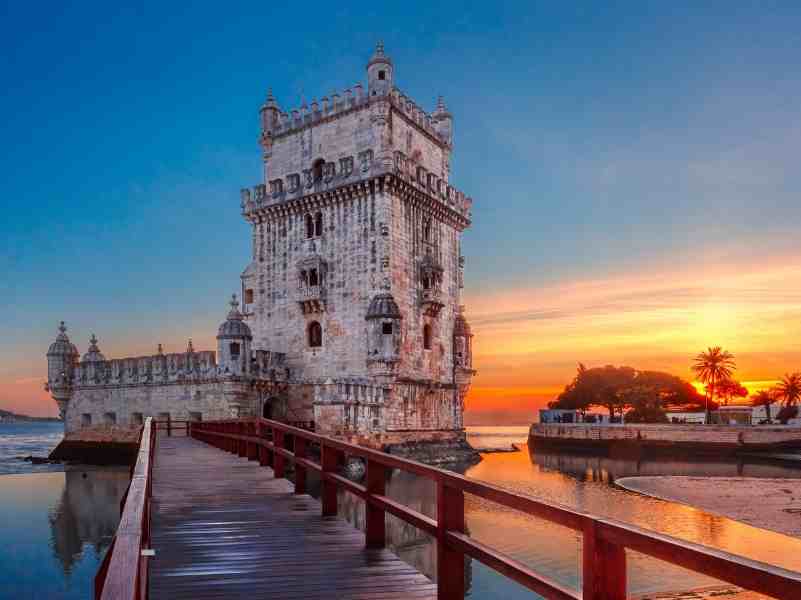 Within just a few decades, Portugal has morphed from an impoverished ex-dictatorship into one of Europe’s top destinations for remote workers, retirees, tech firms, wealthy tourists.

Portugal attracts people from all over the world, lured by its great weather, beaches, friendliness and high standard of living.

What’s more, this small country on the western edge of Europe is one of the best places in the EU to seek a second citizenship.

Here’s why Portugal is so appealing as a destination for a second citizenship:

📰 Heads up: Below this introduction to Portugal you’ll find all our articles and guides about Portugal.

In the 1940s, Portugal was officially neutral and one of Europe’s last safe havens. In 2021, it’s again seeing a new wave of the politically displaced.

This time, they’re running from a very different set of things: the loss of freedoms triggered by Brexit, the chaos after four years of a Trump administration, or the eroding of democratic rights in Hong Kong.

For many, their ultimate goal is to acquire citizenship of Portugal, which is also citizenship of the European Union – the postwar economic collaboration project designed to keep Europe safe from future conflict.

Portugal is an extremely attractive destination for second citizenship. Not only does it have one of the EU’s shortest citizenship timelines, but it also offers several appealing programs, including the “non-habitual residency” tax program (NHR), and the Golden Visa residency scheme.

NHR offers preferential tax treatment for a 10-year period for eligible new residents, while the Golden Visa scheme grants foreign investors immediate five-year temporary residency, with no need to live in Portugal unless they choose to.

Portugal also offers a highly flexible residency pathway, via the D7 visa. This is a great fit for people with passive income from overseas. It includes incomes from salaried remote work (which isn’t always eligible for typical passive income residency programs in other countries).

Portugal is welcoming immigration at present, especially from highly skilled and wealthy foreigners.

There are several pathways into the country, depending on whether you’re an EU national or from outside the EU.

Moving to Portugal as an EU citizen

If you’re a citizen of the EU/EEA, you can move freely to Portugal anytime, and immediately get your five-year temporary residency card.

Under EU freedom of movement laws, you have the right to get residency in any member state.

If you’re an EU citizen with non-EU family members, they can move to Portugal with you using the EU family reunification pathway.

This process is slightly more complicated and requires several documents, but it’s not difficult to achieve.

Portugal at a glance

Moving to Portugal as a non-EU citizen

Moving to Portugal is slightly less straightforward if you’re from outside the EU, but still easier than many other countries in Europe.

We will focus on two main pathways here.

If you plan to live in Portugal and make it your main base, then applying for “D7” residency is probably your best option.

D7 is a great fit if you have income from any form of remote work, as well as pensions, investments, dividends, or rental income. The key factor is that your income should originate from outside Portugal.

(NB, Portugal offers a variety of residency visas, but the D7 is the most common). If you don’t want to live in Portugal full-time, you may want to consider the Golden Visa route as an alternative. This requires a significant upfront investment, with the lowest level currently €280,000.

After making your investment, you can apply for a five-year temporary residency permit, which takes you all the way to the point of being eligible for citizenship, without needing to renew along the way.

With the Golden Visa, you’re not required to live in Portugal, but you’ll need to spend at least two weeks every year in-country to maintain your residency status.

Portugal has a publicly financed national health service (SNS), which offers coverage through its health centers across the country.

Coverage includes all care, apart from dentistry, and is available to all residents of Portugal. You’ll need to get a numéro de utente (health number) from your local health center.

Healthcare in Portugal is free for under 18s and over 65’s, otherwise it’s available at a lower rate. If you’re unfortunate enough to be hospitalized, medication administered during a procedure is free of charge.

Many people ask about the quality of Portuguese healthcare. It has improved greatly in recent years and is now ranked as the 13th best in Europe, beating Spain, Italy, Ireland and the UK.

If you need medical attention in Portugal, the first port of call is your local health center (centro de saúde). In an emergency, you can go to the emergency room at the closest hospital. The SNS also has a free 24/7 hotline available in English by calling 808242424.

For those who still prefer to opt for private health care, there are a variety of affordable options and plenty of private doctors in the country.

Opening a bank account in Portugal is relatively straightforward. However, most Portuguese banks charge a fee just for owning the account.

Many foreigners choose ActivoBank because it doesn’t charge a fee to maintain the account. It also offers good customer support in English.

To open an account with ActivoBank, you’ll need a NIF (Portuguese tax number), plus your passport, proof of address and proof of income. If you’re the director of an overseas limited company and don’t have pay slips, you can show your tax returns instead.

Having a Portuguese bank account is necessary for certain aspects of life in Portugal, such as getting the D7 visa. A Portuguese bank card also gives you access to Portugal’s MBWay/Multibanco internal banking system. This can be especially useful in smaller establishments that may not accept foreign cards.

But otherwise, I don’t necessarily recommend using ActivoBank as your main bank account in Portugal. N26 is a much better option. It’s free to use and maintain, offers a wider set of features, has a better mobile app, and can be used worldwide.

I use the free N26 account as my primary euro bank account here in Portugal, keeping most of my money there. I then keep my ActivoBank card as backup for use in places that only accept Portuguese cards.

Many new arrivals in Portugal opt to live in Lisbon, but there are plenty of other options in the country, which may be a better fit for you.

Portugal’s second city Porto is scenic, historic and more affordable than Lisbon, but some may find the rainy northern Portuguese weather less appealing.

There are plenty of nice towns that are affordable and within easy reach of Lisbon by car. Sintra is popular, as well as Setúbal, Ericeira and Costa da Caparica. If you want to stay close to Lisbon while avoiding its inflated property prices, one of these could be a good choice.

The southern Algarve region is a popular destination for immigration, particularly from the UK and Germany. It’s one of the warmest regions of Portugal, with plenty of sandy beaches.

The island is well connected to mainland Portugal, with around 18 flights per day from Funchal to Lisbon and many others to Porto and Faro. Residents of Madeira can take advantage of substantial discounts on mainland flight tickets, with prices capped at €80 return.

Explore Madeira here, via live webcams all around the island.