Dual Citizenship: 8 GREAT Reasons to Get It 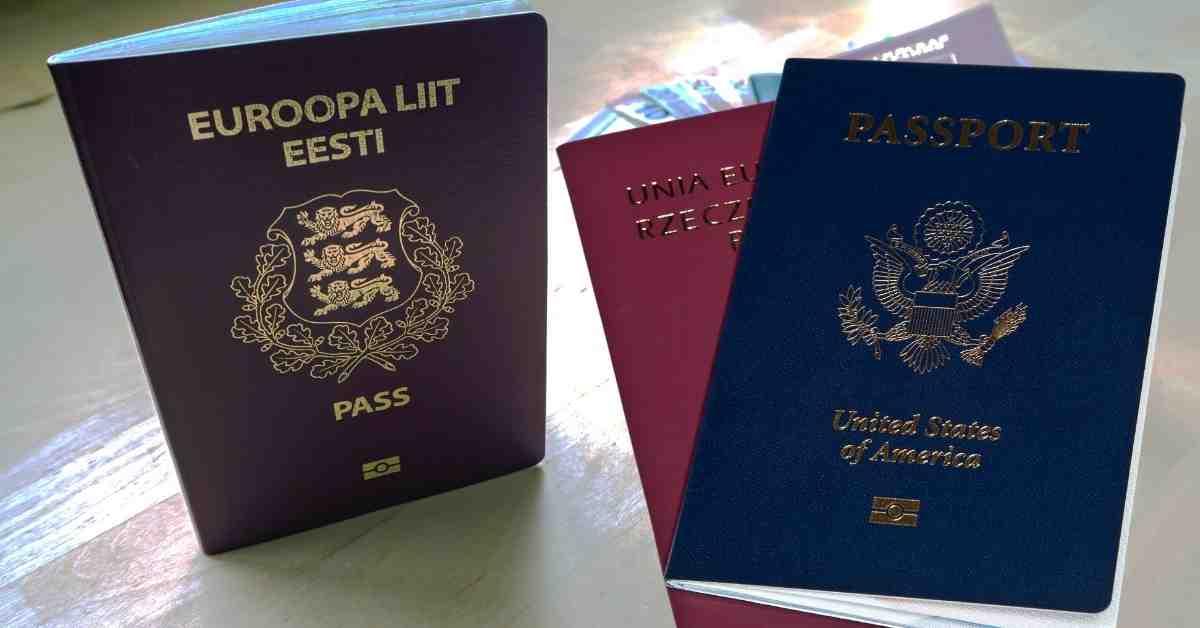 Dual citizenship is becoming a hot asset in 2021 as the world emerges from the COVID-19 pandemic.

In fast-changing and uncertain times, having a second passport is essential for any global citizen. Having dual citizenship can be the difference between being stuck and being free.

Dual citizenship in a changing world

Not all passports are created equal – and there’s a world of difference between them.

This was starkly illustrated in the summer of 2020, when US citizens found themselves banned from many countries, due to Trump’s careless handling of the pandemic.

Once holders of the world’s most desirable passport, Americans were suddenly trapped in the US. Only those with dual citizenship could escape.

Once that year ended, UK citizens, who once had the whole European Union as their playground, could no longer freely work, study or retire there. To do so required onerous application processes with no guarantee of success.

Some European employers refused to hire UK citizens, due to uncertainty about their immigration status. Thanks to Brexit, UK passport holders had become second-class citizens in Europe.

Brexit, Trump and the pandemic have changed the game. They’ve demonstrated how political dynamics can destroy people’s freedoms, even in so-called stable countries.

Dual citizenship is a powerful solution to these problems.

Contrary to what many people think, you don’t need foreign heritage or a foreign spouse to get dual citizenship.

Instead, you can get dual citizenship by naturalisation.

It requires proof of a certain level of commitment to your target country, by living there for a number of years and (in most cases), passing an exam to show your command of the local language. As a result, citizenship by naturalisation often takes longer than other routes.

In the old days, emigrating to the EU as a third country national usually required you to find a local employer and get them to sponsor your  work permit. This could be an arduous process.

But in the post-pandemic age of remote working, that barrier has largely disappeared. Remote work and online business have made it easier for third country nationals to gain residency in the EU and start their journey towards a valuable dual citizenship.

As the world emerges from COVID-19, here are eight reasons why dual citizenship is essential in a post-pandemic world.

8 reasons why dual citizenship is essential in 2021 & beyond

Governments often make decisions that we don’t like. Some of those decisions can directly affect the freedoms of their citizens. Brexit is a prime example of this.

By the end of 2020, the outcome of a controversial referendum had stripped UK nationals of their right to move freely in the EU. Brexit was devastating for those who had already built their lives in European countries or had plans to do so in the future.

That referendum triggered a mad rush for Irish citizenship, for those Brits lucky enough to be eligible. Those who gained an Irish passport had nothing to worry about from Brexit, as they remained EU citizens with the same rights. Having dual citizenship shielded them from the life-altering effects of Brexit.

As well as loss of freedoms, bad government decisions can lead to civil unrest and, in the worst case scenario, outright war. In those situations, a second passport is your ticket to safety – not just for you, but for your family as well. The EU recognises the right to family reunification.

The key takeaway: dual citizenship is the ultimate insurance policy against government actions beyond your control.

Dual citizenship gives you the possibility to switch your tax residency between jurisdictions, according to what makes sense for your personal situation (in most cases: US citizens excepted).

Throughout life, your tax situation can fluctuate vastly. Perhaps you’ve ended up with substantial income and would like to legally minimise your tax liability.

Perhaps you’ve made large gains on cryptocurrency and are worried about being liable for large taxes when you finally realise some of those gains. Certain EU countries, such as Portugal, don’t tax their residents on crypto gains.

Having dual citizenship gives you a guaranteed route into an alternative jurisdiction, with the option to add further nuance to your strategic tax planning.

Your tax planning scope depends on the country you choose for your second citizenship. The US is one of only two countries in the world that levies taxes based on citizenship (Eritrea is the other).

That means if you hold a US passport, you’ll need to file a US tax return every year, no matter where you live. None of the EU countries have this tax system; they don’t tax the incomes of their non-resident citizens.

Some EU countries have even introduced special tax schemes designed to attract new foreign residents. Portugal’s NHR scheme is one of the most popular, offering some fantastic advantages for remote workers and online business owners.

Depending on the passport, having dual citizenship could increase your opportunities to travel the world unimpeded. We’ve seen first-hand how pandemic restrictions have been applied to certain passport holders and not others.

A second passport can be the key to unlocking visa-free travel across more countries. As a rule, travellers from countries with ‘weaker’ passports are lumbered with onerous visa applications.

For example, a friend of mine, born a Libyan citizen, couldn’t travel anywhere except to a handful of countries, without doing extensive paperwork proving his income and his intent to return. Even then, there was a huge risk that his application would be rejected without any explanation.

But now, as a naturalised British citizen, he can travel freely to over 180 countries. That freedom makes a massive difference to someone’s quality of life – especially if they operate a cross-border online business.

What’s more, diplomatic tensions and reciprocity issues between countries may cause problems for their citizens when travelling.

As a British citizen myself, I’d be reluctant to travel to Iran because of the troublesome entry requirements, which include a requirement to apply for a visa in advance and travel as part of an official tour group.

In contrast, Portuguese citizens can get an Iranian visa on arrival. So I’ll park that Iran trip until I get my Portuguese passport.

EU freedom of movement – ’27 passports in one’

If you gain dual citizenship with an EU country, you’ll be entitled to an EU passport.

This powerful document gives you the right to live, work, study or retire across 27 economically prosperous and politically stable countries – without needing any visas or work permits. In a sense, it’s almost like having 27 passports for the price of one.

As an ex-EU citizen, I’ve seen both sides of this situation first-hand. As an EU citizen, I’ve experienced for myself how simple and quick it is to get residency in another EU country (I’ve done this in Belgium and Portugal).

Or even to travel there, with many airports having special fast track passport lanes for EU citizens. On the other hand, third country nationals usually have to queue up separately.

Because of Europe’s freedom of movement rights, we at Digital Émigré believe dual citizenship with an EU country is the ultimate goal. That’s why I’m working towards Portuguese citizenship, and why I’m passionate about helping people access the EU and all its privileges.

Having dual citizenship gives you the option of renouncing your original passport, if you should ever wish to do so (for example, to avoid US global taxation).

I don’t recommend this, because the benefits of having two passports usually outweigh the disadvantages. But it’s good to have the option if ever needed. Dual citizenship is all about increasing your freedom to choose.

Renouncing citizenship is becoming more common. In 2020, a record number of Americans gave up their US citizenship, largely due to increasingly tough anti-money laundering and counter-terrorism regulations, as well as the US’s policy on taxing all its citizens, no matter where in the world they live.

After Brexit, Brits living in EU countries where dual nationality is not permitted (including the Netherlands, Austria and Germany) were forced to choose between keeping their UK citizenship and renouncing it in favour of their host country’s.

Some chose to renounce UK citizenship because EU freedom of movement was just too essential to their lives and careers.

Becoming a dual citizen gives you the opportunity to participate in the politics of two different nations.

You can vote in national elections and have a say in the futures of both your passport countries. Depending on the laws of each country, you may also be able to run for office in either one.

With dual citizenship, you can shape the future in a broader capacity than if you were confined to only one country.

Passports define your identity. Having dual citizenship gives you the option to claim an alternative national identity (if you don’t like your original one or don’t feel like it reflects your values). If you feel ashamed of the leadership of one of your countries, you can simply adopt the identity of the second country.

Dual identity also comes in handy when you travel to countries that have sensitive diplomatic relations with your original passport country.

For example, in 2009, David Cameron invited the Dalai Lama to visit the UK, sparking a feud with China. At the time, I was in China planning a trip to Tibet.

China quickly banned UK nationals from visiting the region. I had to cancel the trip. With dual citizenship, I’d have been able to visit Tibet.

It’s important to think strategically when choosing your dual citizenship target country. This involves considering a lot of different factors, including taxes, naturalisation timeline, residency options, and so on.

But it’s also a good idea to naturalise in locations that typically stay neutral in global politics. Portugal is a great example of this. It was neutral during most of the the Second World War, becoming one of Europe’s last escape routes for those fleeing the continent.

As a result, few countries have bad relations with Portugal. Portuguese passport holders can usually travel unimpeded and with less risk of encountering tricky or dangerous passport-related situations abroad.

Dual citizenship could save your life

Finally, let’s imagine the following scenario. Terrorists want to make a political point against Country X. So they hijack a plane and demand to see the passport of every passenger.

Holders of Country X passports get shot. You’re a Country X citizen too. But you’ve got dual citizenship with neutral Country Y. So you simply produce your Country Y passport and you survive to tell the tale. It’s probably better than having a camouflage passport.

This is an extreme example, but the message holds true: dual citizenship could save your life.

In 2021, every global citizen should have dual citizenship.

2 thoughts on “Dual Citizenship: 8 GREAT Reasons to Get It”

PrevPreviousCitizenship of Malta for remote workers: Everything you need to know
NextD7 Visa vs Golden Visa in Portugal: Full 2021 ComparisonNext

Madeira Golden Visa: All You Need to Know for 2021

The D7 Portugal Visa (How to Beat Brexit)

How to Become an EU Citizen: The Ultimate 2021 Guide