How to get Portuguese citizenship (and why it’s the best in the EU!) 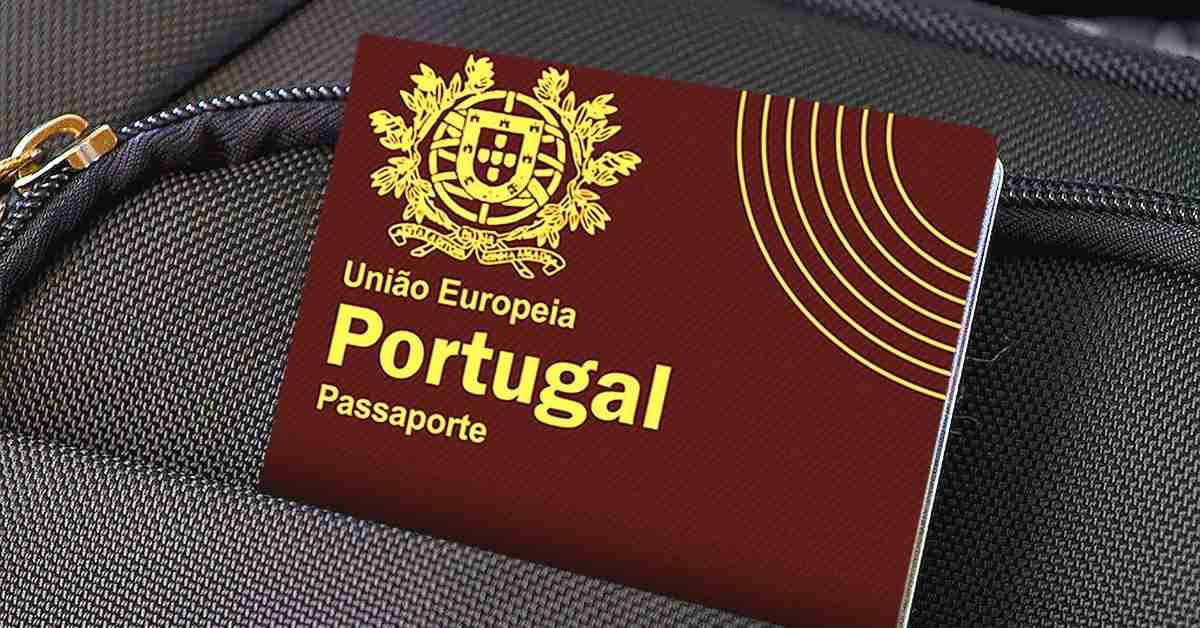 In this article we’re going to talk about how to get Portuguese citizenship.

If you’ve been reading Digital Émigré for a while, you’ll know that we’re super enthusiastic about Portugal.

The Digital Émigré team has researched various pathways to citizenship across the EU. We’re convinced that Portugal offers the most flexible and most accommodating pathway to becoming an EU citizen. Portugal is especially well-suited for you if you earn your income from an online business.

I personally chose Portugal for my journey back to EU citizenship, based on multiple factors. We’ll discuss all of them in this article.

Portugal is a beautiful, diverse, and historic country. It’s well located on the western coast of Europe, with good transport connections around the eurozone and beyond. For those who work remotely with UK or Irish clients, Portugal conveniently shares the same GMT time zone. If you work with clients on the US east coast, Portugal is just five hours ahead.

As an added bonus, Portugal’s territory encompasses the outlying islands of the Azores, as well as Madeira – one of the hottest remote worker destinations for 2021. If you need a break from Lisbon or Porto, you can reach one of these paradises in a couple of hours by air, with no need for passport control or any issues with the Schengen zone.

Portugal is friendly towards remote workers too, offering some of the EU’s most flexible visa-to-residency pathways. Lisbon and Porto have well-established communities of tech workers and digital nomads, while other areas of the country (such as Madeira) are shaping up to join this trend.

During the 20th century, Portugal remained neutral in the second world war. Even now, the country is not prone to entering foreign conflicts. In these challenging times, a country’s geopolitical stance is an important consideration when you’re aiming to become a citizen. Ideally, you want the country of your new citizenship to be well regarded, allowing you to move through the world peacefully and unhindered.

Benefits of becoming a Portuguese citizen

Becoming a Portuguese citizen gives you a number of important advantages.

How to get Portuguese citizenship

There are several different pathways to getting Portuguese citizenship, depending on your specific circumstances. Most of them are  based on the principle of jus sanguinis or ‘right of blood’ (which is what Portuguese nationality law is based on). But it’s also possible to become a citizen of Portugal through naturalization.

Unless you have other ties to Portugal, citizenship by naturalization is the pathway you’ll need to use.

You’ll be eligible to apply for Portuguese citizenship by naturalization if you’re an adult over 18 who has legally resided in Portugal for five years. Please note, many online sources say this timeline is six years. This is now inaccurate. The Portuguese government changed the nationality law in 2018. I have it on good authority from a reliable immigration lawyer in Lisbon that five years is the current timeline.

You’ll also need a criminal record check. The Portuguese authorities want to know that you haven’t been convicted of any crime punishable in Portuguese law by over three years imprisonment. Lastly, you’ll need sufficient knowledge of the Portuguese language, A2 level on the Common European Framework of Reference for Languages (A2 is just one level after beginner).

You can become eligible for Portuguese citizenship in just three years through marriage to a Portuguese national. This rule also applies to same-sex marriages and those who are legally cohabiting.

If you’re the child of Portuguese mother or father born in Portugal, then you may be declared a Portuguese citizen without having to be resident.

Citizenship for those of Sephardic Jewish heritage

You may be eligible for Portuguese citizenship if you can prove Sephardic Jewish heritage dating back to the 15th century. Spain has a similar law.

How long does it take to get Portuguese citizenship through naturalization?

Originally, you needed to spend five years living in Portugal as a temporary resident. Then you’d apply for permanent residency after five years, followed by citizenship after six.

But the government changed the law in 2018. Now, you can be eligible to apply for either permanent residency OR citizenship after just five years of temporary residency.

What are the documents required to apply for Portuguese citizenship?

Other benefits of getting EU citizenship via Portugal

Portugal provide several other unique benefits on your pathway to getting EU citizenship. Firstly, there’s the non-habitual residency scheme (NHR), which offers a 10 year preferential tax situation for qualifying applicants. The scheme is especially well suited for those who work remotely and take their income as dividends from a company based outside Portugal.

The best part is, you can get EU citizenship in Portugal (5 years) before the NHR period runs out (10 years). That’s plenty of time to decide whether to remain in Portugal without NHR, or use your new passport to relocate elsewhere in the EU or globally.

After five years, you can apply for citizenship by naturalisation. Portugal Golden Visa holders aiming for citizenship need to make sure they acquire sufficient language skills and can prove integration. It’s worth planning to spend more time in Portugal than the legal minimum of seven days per year.

For citizenship, Portugal has significant advantages over Spain. Not only because Portugal’s timeline to citizenship is much shorter (5 years instead of 10), but it also allows applicants to hold dual citizenship.

Ireland also has a five year citizenship pathway (and allows dual), but requires much more time in-country per year. In particular, Ireland requires one whole year of continuous residency directly before the date when you make your citizenship application.

How do I start my Portuguese citizenship journey?

If you’re not from an EU country, you’ll need to first become resident in Portugal by getting what’s called ‘a visa to obtain a residence permit’. There are several suitable options to choose from.

For those who have income from outside Portugal, for example from remote work, an online business, or a pension, we recommend the D7 ‘passive income’ visa.

If you have a significant amount of money to invest, you could also look at getting residency via the Portugal Golden Visa. This option has the same five year pathway to citizenship, but allows you to spend the majority of your time outside Portugal.

Ready to discuss getting residency (or citizenship!) in Portugal?

2 thoughts on “How to get Portuguese citizenship (and why it’s the best in the EU!)”

PrevPreviousHow to get Spanish citizenship (and should you do it?)
NextEU permanent residency vs citizenship: How are they different?Next

Madeira Golden Visa: All You Need to Know for 2021

The D7 Portugal Visa (How to Beat Brexit)

How to Become an EU Citizen: The Ultimate 2021 Guide