In this article, we’ll look at the implications of permanent residency vs EU citizenship.

We’ll also examine how to get each one – and why you’d want to.

In a nutshell, the two statuses offer similar benefits, but there’s one very significant difference.

The main difference between EU permanent residency and citizenship is that only citizenship gives you the right to apply for a passport.

Once you become a citizen of any EU country, you’ll have the right to apply for its passport. With that passport, you’ll have full freedom of movement rights, just like any other EU citizen.

That’s not just tourism, but also the right to live, study, work, and retire indefinitely across the whole Schengen area.

And you can do all this with minimal paperwork and no bureaucratic hassles.

Contrast that with the long-winded immigration processes for non-EU citizens, and it becomes obvious what an enormous benefit freedom of movement really is (and what a huge blow its loss is).

On the other hand, permanent residency of an EU country only allows you to stay indefinitely in that one country.

Permanent residency doesn’t make you an EU citizen and it doesn’t grant you indefinite freedom of movement rights across the entire Schengen area.

To understand the differences between EU permanent residency and citizenship, it’s helpful to know about the Schengen area.

Most of the EU countries are included in the Schengen area, except for Bulgaria, Croatia, Cyprus, Ireland and Romania (although some of these are in the process of joining).

The area also includes Iceland, Norway, Switzerland and Lichtenstein, even though they’re not EU states.

This border-free zone guarantees free movement to its 400 million citizens, along with non-EU citizens who are living in the EU, visiting as tourists, or on business.

Anyone who is legally present in the Schengen area has the right to move freely as a tourist across all of its countries. If you’re a non-EU citizen, this permission is typically valid for a period of 90 days in every 180.

After those 90 days are up, you’ll need to leave the Schengen area for another 90 days before you’re allowed to return.

Understanding freedom of movement in the EU

The European Union and the Schengen area are two different things, although many countries are included in both.

Each member state has its own government, but the Union also has shared laws which cover a range of areas including trade, agriculture, and regional development. The EU has a tariff-free internal single market.

The EU also ensures the free movement of all EU citizens between the 27 EU countries. They have the right to live, work, study, or retire in any of the 27, just as in their passport country.

This right to freedom of movement is guaranteed by Article 21 of the Treaty on the Functioning of the EU (TFEU).

In contrast, when a third country national applies for residency in an EU country, they can be denied for any number of reasons.

How to get EU permanent residency

At Digital Émigré, we help our readers work towards gaining (or regaining!) full EU rights.

That means acquiring an EU passport, complete with the freedom to live, work, study, and retire without restriction across 27 countries.

For example, in EU countries with a longer pathway to citizenship (i.e. more than five years), getting permanent residency is a useful (and sometimes necessary) milestone along the way.

The main advantage of permanent residency is that, unlike temporary residency, you don’t need to keep renewing your residency permit.

Also, as a permanent resident, you have almost the same rights as a citizen of the country, with some exceptions:

Let’s look at how to get permanent residency. Please note, these are just overall guidelines. Each EU country can set its own rules.

Who is eligible for EU permanent residency?

As a non-EU citizen, you have to meet a few conditions before you can get permanent residency in an EU country. These usually include the following:

You’ll need to apply for permanent residency with the immigration authorities of the country where you live.

Be sure to start the application process while your temporary residency permit is still valid – ideally three to six months before it expires.

But remember, permanent residency doesn’t make you an EU citizen…

In the next section, we’ll look at how to get EU permanent residency vs citizenship.

How to get EU permanent residency vs citizenship

EU citizenship is the holy grail. It’s what we at Digital Émigré aspire to, and what we hope to help you achieve as well.

Let’s look at how to get EU permanent residency vs citizenship.

All countries can set their own immigration rules. As a result, timelines and requirements for getting citizenship can be very different from one EU country to the next.

For example, you can be eligible for citizenship of Portugal after just five years of (temporary) residence. Portugal also allows dual citizenship, so you’ll be able to keep your original passport.

In contrast, citizenship of Spain requires at least 10 years of residency, and doesn’t allow dual citizenship.

What’s more, each country can set whatever language requirements it wants. Several countries (Cyprus, Ireland, Malta, Sweden) let you apply for citizenship with only English.

Portugal lets you apply with only A2 level Portuguese (You can also get Portugal permanent residency with the same requirements).

Whereas others, such as Denmark and Germany, are more stringent. They want their potential citizens to reach an advanced B2 level.

Most EU countries fall somewhere in between, requiring a B1 language level.

Hopefully, you’re now clear on the differences between EU permanent residency and citizenship.

The two statuses have largely similar benefits, but only citizenship allows you the benefit of freedom of movement across the EU and EEA.

That’s the ability to live, work, study, and retire in 30 countries. 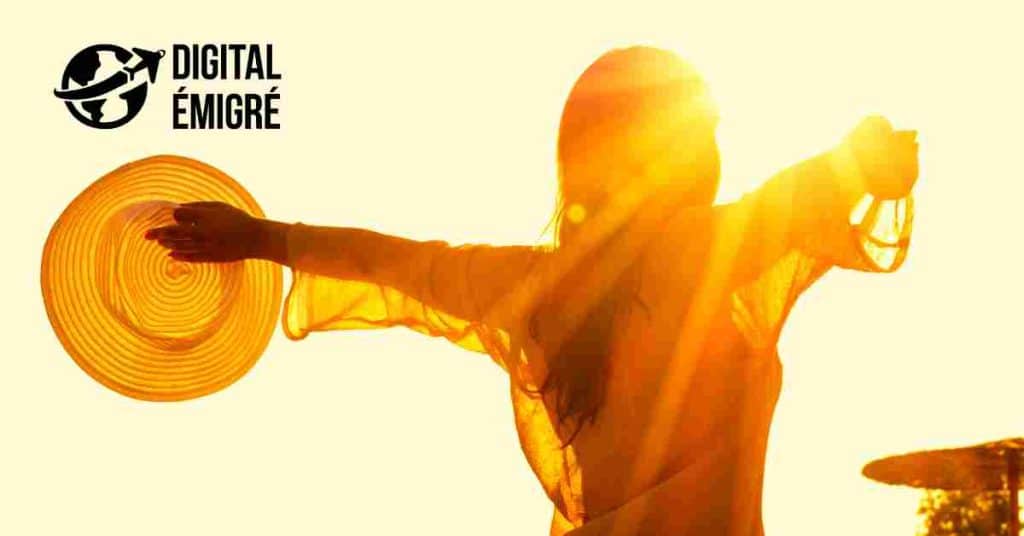 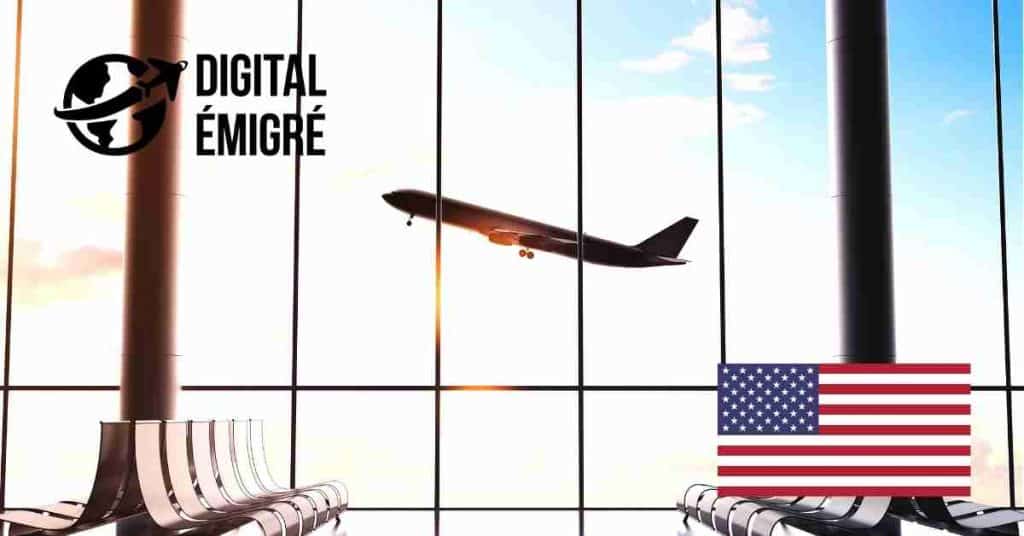 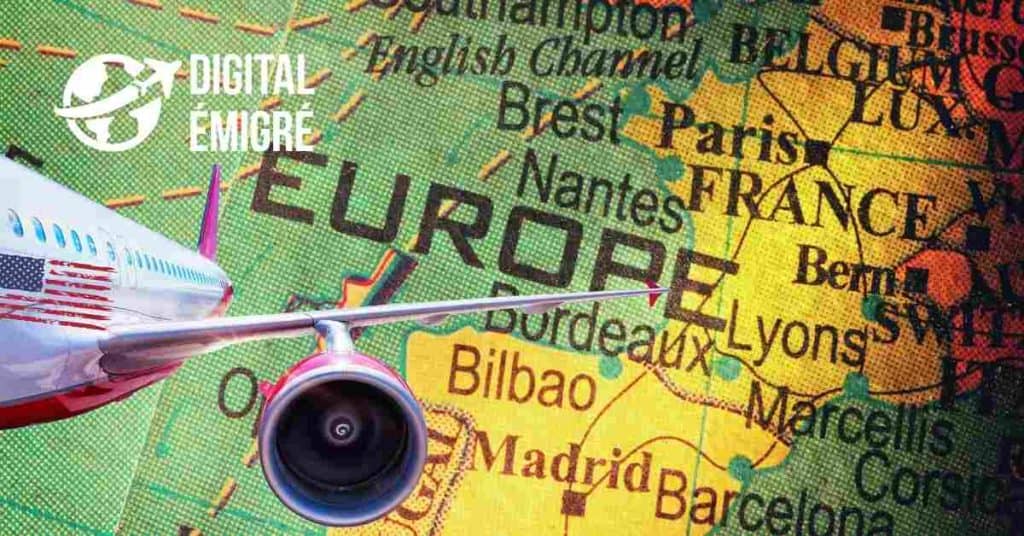 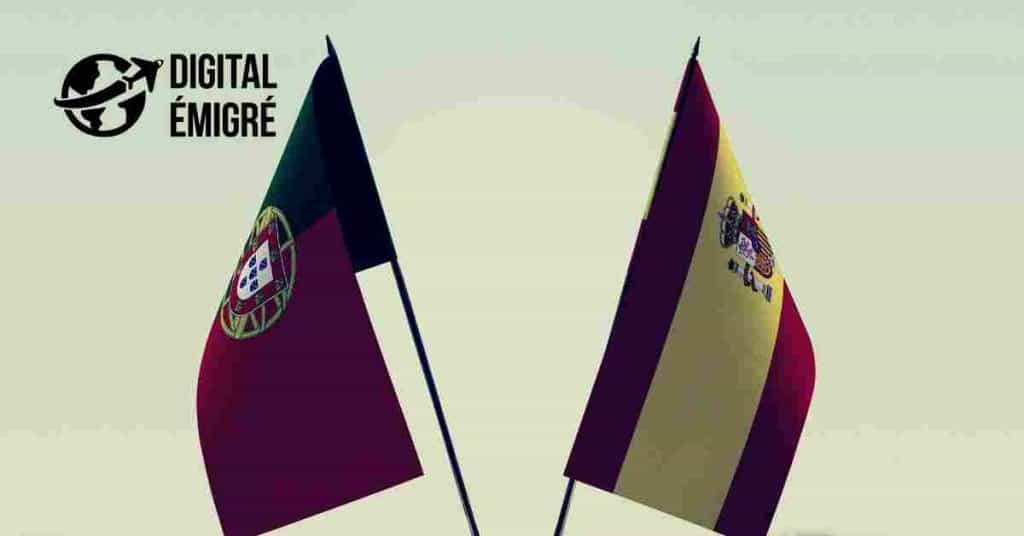 2 thoughts on “EU permanent residency vs citizenship: How are they different?”