How safe is Portugal?

If you’re considering a move, you might have already asked yourself this question. In 2022, safety is becoming a more pressing concern than ever before. We’re living in dangerous times.

At the tail end of the COVID-19 pandemic, with war in Europe unfolding, it’s no wonder that people are looking for a safe haven.

Portugal is a great place to find that, as it’s one of the safest countries in the world.

In this post, we’ll discuss some of the reasons why Portugal is such a safe place to live, as well as some of the safety precautions you should take while living here.

How safe is Portugal? An overview

The Global Peace Index is a report that is released annually by the Institute for Economics and Peace.

It ranks 162 countries around the world according to their levels of peace.

In 2022, Portugal now ranks 6th on the most recent edition of the Global Peace Index.

That’s even better than Singapore and Japan, both well-known for being super safe. In fact, Portugal is one of the safest countries in Europe.

In stark contrast, the US is ranked as the 122nd most peaceful country in the world. The UK fares somewhat better being ranked 33rd.

There are many reasons why Portugal is such a safe place to live. Firstly, Portugal has a very low crime rate.

In fact, it’s one of the safest countries in Europe when it comes to crime. Petty crimes such as theft and vandalism are rare, and violent crimes are even rarer.

Also, the Portuguese government is stable and has stayed out of many of the global political crises of recent years.

Portugal is also a member of the European Union, which means that it’s subject to the same regulations and rules as all other EU countries.

Moving to Portugal will put you on a path to eventual EU citizenship and a second passport – the perfect life insurance in an unstable world.

This is compared to a global average of about six murders per 100,000 people. Portugal is also ranked sixth in the world for the lowest crime rates.

During the height of the COVID-19 pandemic, Portugal was an extremely safe place to be, thanks to the government’s pragmatic stance in tackling the virus.

The country went through several lockdowns, but not to the same extent as other countries such as France or Spain. In the main, Portugal managed to balance looking after public health with respecting people’s freedoms.

Overall, Portugal is an exceptionally safe country in which to live. But, of course, no country is 100% safe.

In the rest of this article, we’ll take a look at the main safety issues to keep in mind when planning your move.

How safe is Portugal when it comes to violent crime? Violent crime is exceedingly rare in Portugal.

If you live in Portugal, it’s highly unlikely that your life will ever be threatened. There’s almost no gun crime or knife crime, even in the large cities and despite Portugal having some of Europe’s more relaxed gun ownership laws.

As a general rule, it’s best to avoid dangerous areas at night and to always be aware of your surroundings.

However, ‘dangerous’ is a relative term; nowhere in Portugal is anywhere near as dangerous as major US cities or certain parts of London, Paris or Brussels, for example.

Portugal is a major tourist destination, so petty crime does happen especially in the most popular spots, such as Lisbon or the Algarve. Certain highly touristic areas of Lisbon – such as around Rossio train station – are prone to pickpocketing or bag-snatching.

Be aware of your surroundings, don’t flash expensive goods around, and don’t leave your belongings unguarded in busy areas. Lisbon has excellent tourist police who are very helpful, so if you do fall victim to petty crime, be sure to report it.

It’s the same anywhere – the more tourists in a place, the higher likelihood that petty crime could be an issue.

If you’re partying in a tourist hotspot like Albufeira, or out clubbing in Lisbon, watch out for people who may spike your drink. Other tourists can also be an issue, especially when heavy drinking is concerned.

There was a notable incident in 2017 where Portuguese riot police were called out in Albufeira after drunk British tourists ‘went on a rampage’.

Portugal has a unique situation because it decriminalized all drugs in 2001. This means that drug users are not arrested or imprisoned but instead offered treatment and rehabilitation.

This policy is often cited as a success, as it has helped to reduce drug-related crime. However, although Portugal has decriminalized drugs for personal use, drug dealing is still illegal.

Portugal lacks a severe issue with drug crime and is generally a safe place to use drugs. But there are still some areas where drug dealing is more common.

Be aware of your surroundings and don’t wander into unknown areas at night if you’re looking for drugs. Also, be careful if you’re offered drugs in touristy areas of Lisbon. These are often fake and can be harmful.

If you’re LGBTQ, you’re probably wondering how safe is Portugal in terms of LGBTQ-related crime. The short answer is: you’ve got nothing to worry about.

Portugal is a very LGBTQ-friendly country, and there are no laws against homosexuality.

In fact, Portugal was the first country in the world to decriminalize homosexuality. The country is also home to some of the most LGBTQ-friendly cities in the world, such as Lisbon and Porto.

The only downside is that there’s still some social stigma attached to being LGBTQ in Portugal, so you may not want to openly display your sexuality in certain areas (e.g. smaller rural towns), where the population is typically more conservative.

Portugal is located in an area that is prone to natural disasters such as earthquakes and floods.

If you live in an area that’s prone to these types of disasters, be sure to have a plan in place for what to do in the event of an emergency.

Forest fires are also a risk in Portugal, so if you move to an area where these occur, be sure to know the location of the nearest fire station and evacuation route.

In the summertime, there’s a risk of sunstroke in some of the hotter areas, such as the Algarve, so be aware of this. Also, earthquakes happen from time to time, but they’re generally not very severe.

Portugal is a very stable country with a calm political climate. In January 2022, the country re-elected its socialist government with an absolute majority. In Portugal, you won’t find the political polarization that characterizes the UK, US, or Brazil.

The far-right is not prominent here (despite the far-right populist party, Chega, recently gaining several additional seats in parliament). If you want to get away from the stress of global politics, Portugal is the perfect place to do so.

Global terrorism has become less of an issue these days than in 2015/16, when ISIS was attacking all over the world, including EU countries such as France, Belgium, Germany and the UK.

However, even during those bad times, terrorists did not target Portugal. This could be due to Portugal’s typically neutral stance in global politics and its lack of perceived interference on the world stage.

Although a terrorist attack could, in theory, happen anywhere, Portugal is probably one of the least likely places for it.

Safety in Portugal: Where to live

Because Portugal is very safe overall, you’ll generally be okay living anywhere in the country. It’s difficult to pick out the safest places because everywhere is safe!

Also, everyone’s perceptions of safety are different. Some people might worry more about violent crime, while others may be more concerned with the possibility of natural disasters.

If you want as much safety as possible in Portugal, here are a few of our favorites. In general, smaller cities will be safer and have fewer tourist annoyances.

Located far out in the Atlantic Ocean, Madeira is a safe and beautiful island that is often referred to as the ‘Pearl of the Atlantic.’

The crime rate is extremely low, and you can safely walk the streets at any time of day or night. In recent years, the capital city Funchal has seen a rise in beggars and drug addicts, but they’re generally very polite and won’t cause you any problems.

Probably the biggest danger in Madeira is out in the wild when hiking the island’s levada trails (levadas are Madeira’s famous irrigation channels that carry water around the island).

There have been several instances of tourists being killed or simply disappearing after falling off the paths during a hike.

Driving can also be a dangerous pursuit in Madeira. The roads outside the major cities can be treacherous. There are extremely steep inclines and blind corners, as the roads twist and turn their way around the mountainside.

You may also encounter drunk drivers anywhere on the island, but especially around Funchal.

if you want somewhere unspoilt and tranquil with lots of natural beauty, you could always consider moving to the Azores.

More rugged and isolated than Madeira, the Azores consist of nine islands, with Ponta Delgada as the capital city situated on the largest island, São Miguel.

This is a beautiful and historic small city located a short drive outside of Porto. It’s rated as exceptionally safe.

Aveiro is a very authentic Portuguese place to live, and you’ll certainly improve your Portuguese skills quickly here, as English is less widely spoken than in the larger cities.

Aveiro has a relaxed lifestyle and is popular with students and pensioners.

Formerly Portugal’s capital in the old days, Coimbra is home to Portugal’s oldest university and a vibrant student population.

It’s full of interesting architecture and culture, while also being well-located and extremely well-connected to the rest of Portugal.

Life in Coimbra is extremely safe and very affordable compared to Lisbon, Porto or the Algarve.

If you’d prefer to be within easy reach of Lisbon, but want a small-town environment, then Ericeira might be a good fit.

Sometimes known as the Portuguese Bali, Ericeira is a small fishing town that’s become famous for its surfing. It doesn’t get too crowded and the majority of people speak at least basic English.

Overall, Portugal is a safe place to live with very low crime rates.

You’ll be generally okay living anywhere in the country, but if you want an extra layer of safety, consider living in Madeira, the Azores, or one of the mainland’s many small rural towns.

Be aware of the risks associated with natural disasters and petty crime, but remember that these are rare occurrences.

Portugal is a great place to live if you’re looking for peace and tranquility in these turbulent times. Need personal advice on planning a move to Portugal? 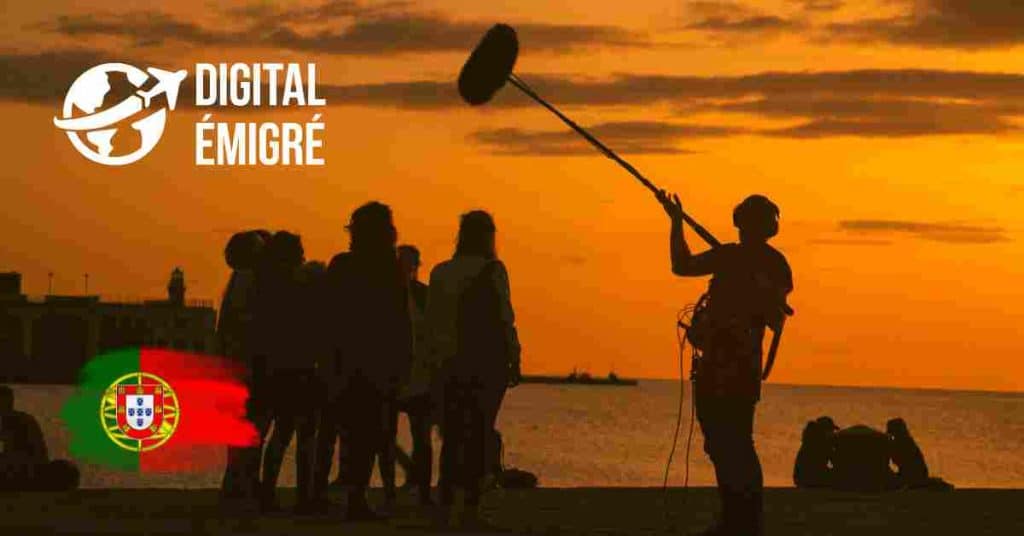 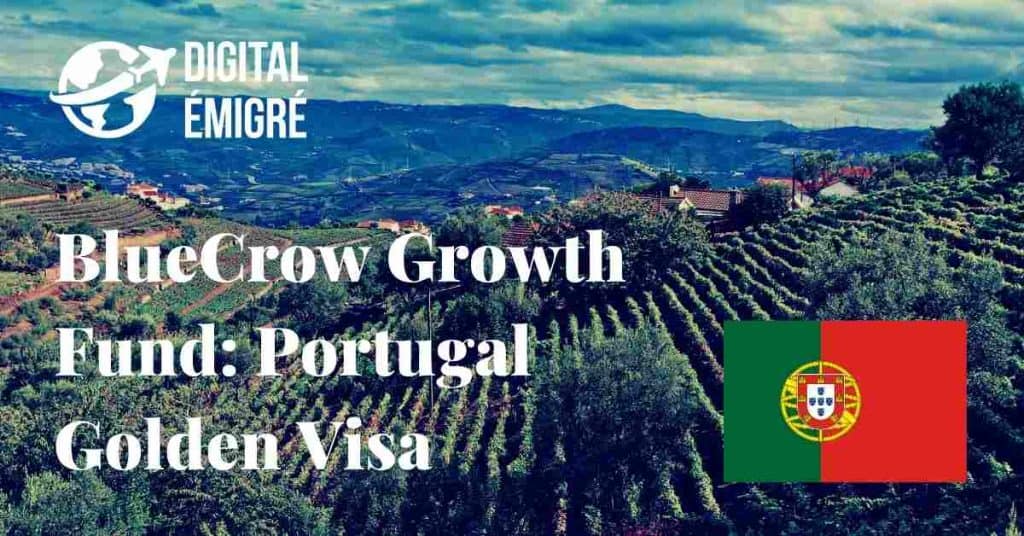 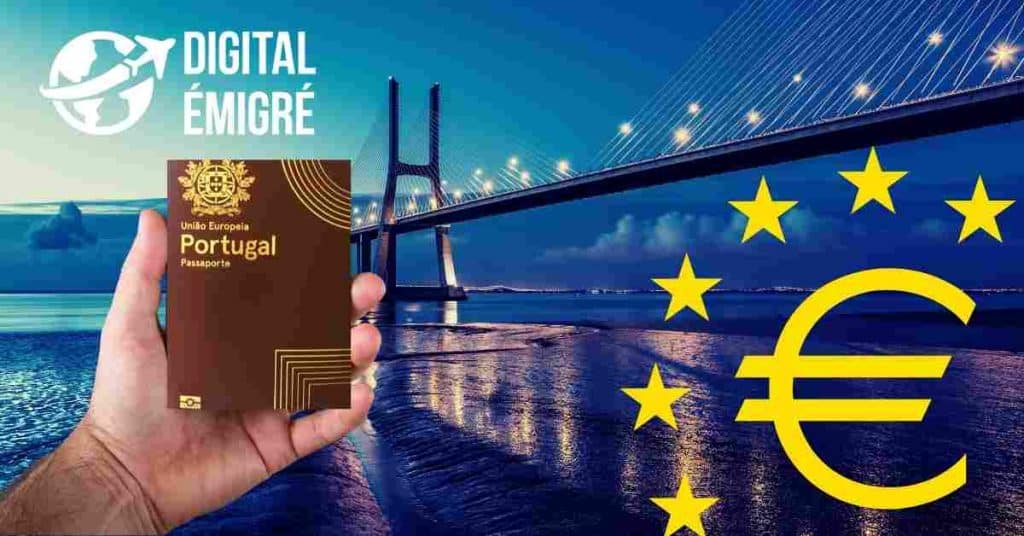 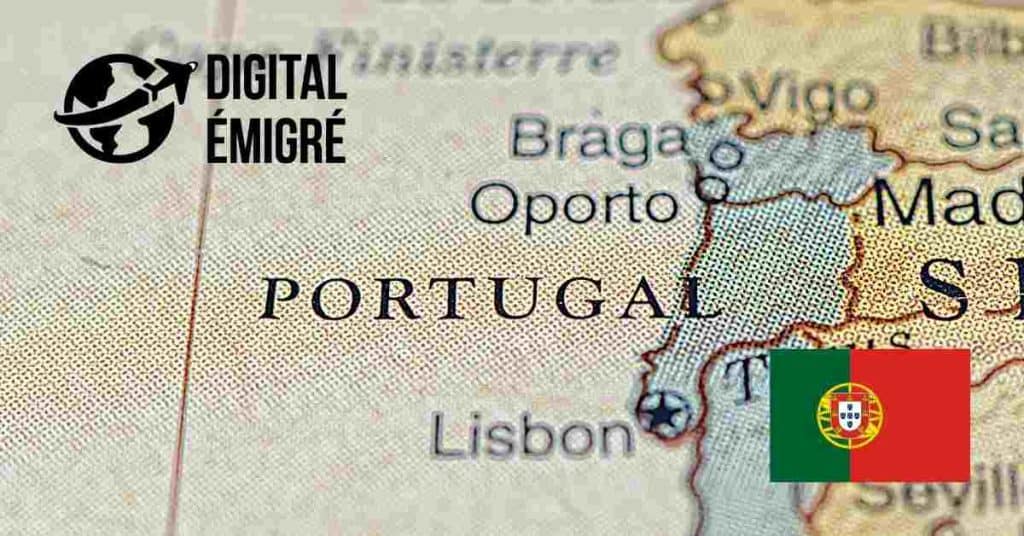